Just added to your cart

20 Different Countries And How They Drink Their Coffee

Tired of the standard flat white or latte? Fill your senses with some of the more exotic coffee styles from around the world - they might feel pretty plain in their home country too! This is similar to a cappuccino, with steamed milk and extra foam - but whipped cream is often added. We have a long black with whipped cream and know it as a 'Vienna coffee' This one is a bit naughty - it wouldn't be Bermudian without rum. This cocktail of Irish Cream, Fresh roasted french pressed coffee and rum with a cinnamon sugar garnish is an island favourite. The caipirinha is considered Brazil's national drink, but the most popular drink for locals is far and away the cafezinho. Small cups of strong espresso, but pre-sweetened and most of the time they are brewed with the sugar. 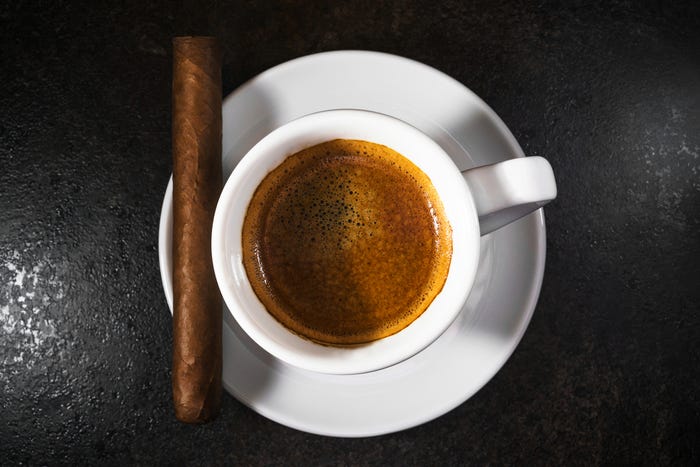 Similar to its Brazilian neighbours, the Cubans love their coffee short, black, strong and sweet. Also brewed with sugar. Cheese curds instead of sugar cubes... Yep, the Finnish love their hot coffee poured over chunks of juustoleipa... They love it a lot more than you'd think! It's pretty simple, it's french for "coffee with milk". They prefer a 50-50 ratio of fresh brewed coffee and steamed milk. The bigger the cup, the better - good for dipping croissant. 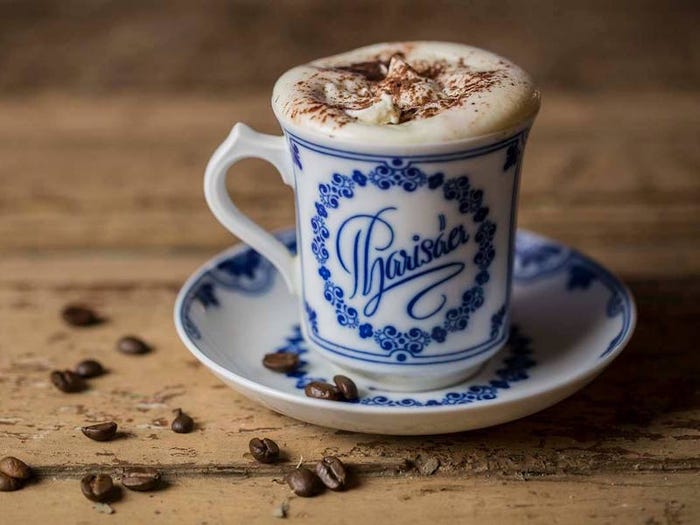 This one is a beast. Coffee, rum, sugar, whipped cream, and choccy shavings. It's a babyccino for very adult babies... 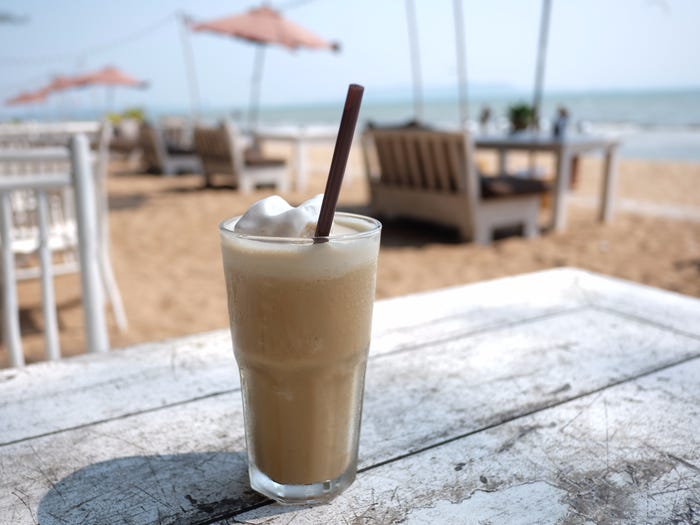 The Frappe was actually invented by a Nescafe rep back in the 50s... but it's a popular summer beverage in Greece. It's a simple cocktail - instant coffee brewed and chilled, drowned in milk foam. 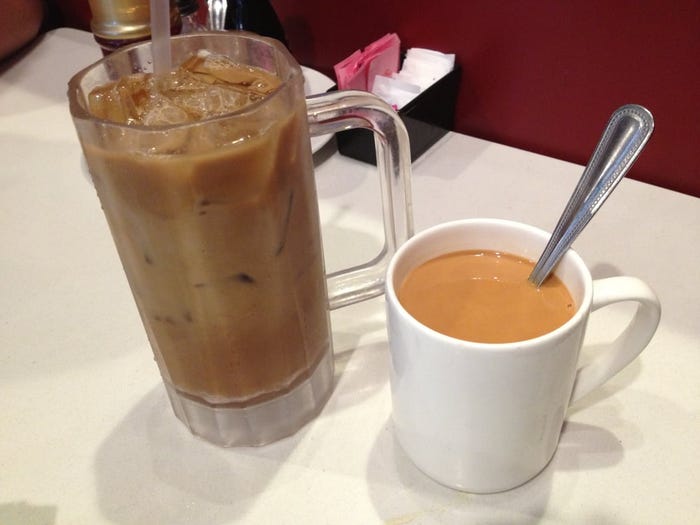 Like coffee? Like tea? How about both! Yuenyueng is a popular blend of milk tea and coffee which can be enjoyed hot or cold. It can come in unique flavours depending on the type of milk tea used. 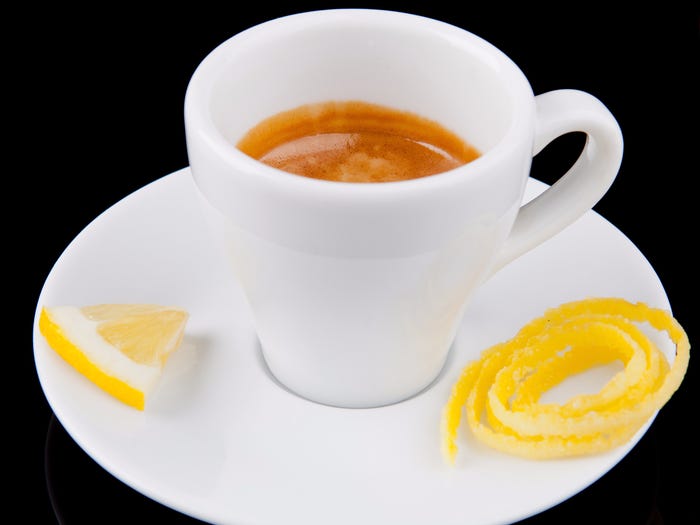 You may think that true Italian coffee is a strong shot of espresso in a tiny porcelain cup... you would be right if you included a slice of lemon, which is said to bring out the sweeter flavours of extraction. 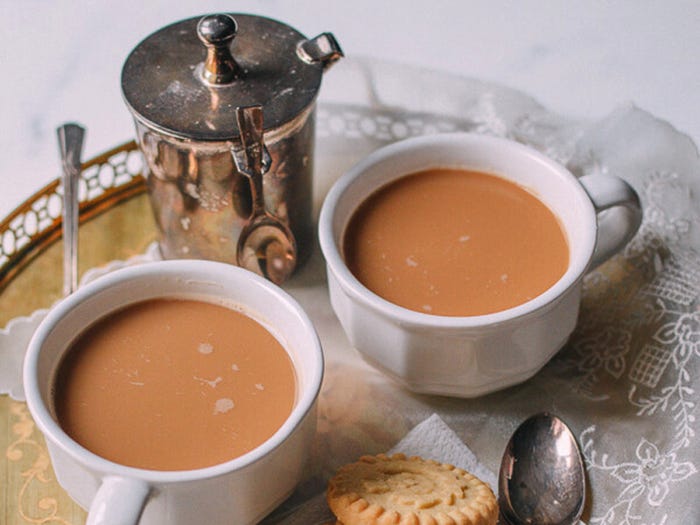 Another tea and coffee combo - a powerful blend of black coffee, Hong-Kong style milk tea, then some black tea and milk. 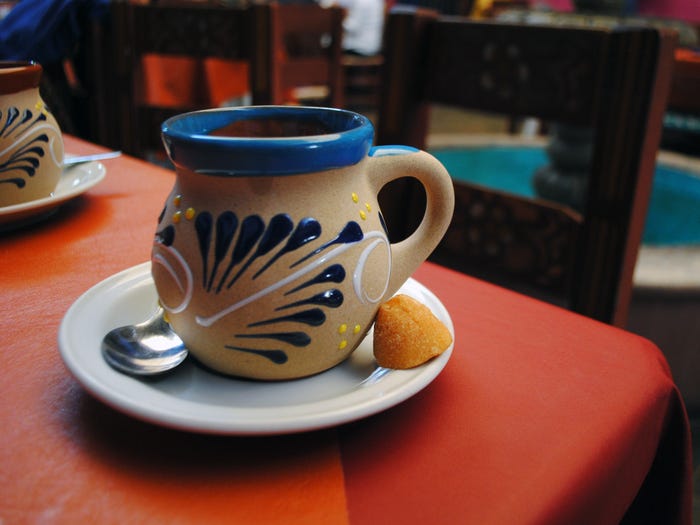 The traditional cup of Mexico uses piloncillo (unrefined cane sugar) and is simmered in a cinnamon stick. Locals believe that a clay mug is the best way to bring out the coffee's flavours. 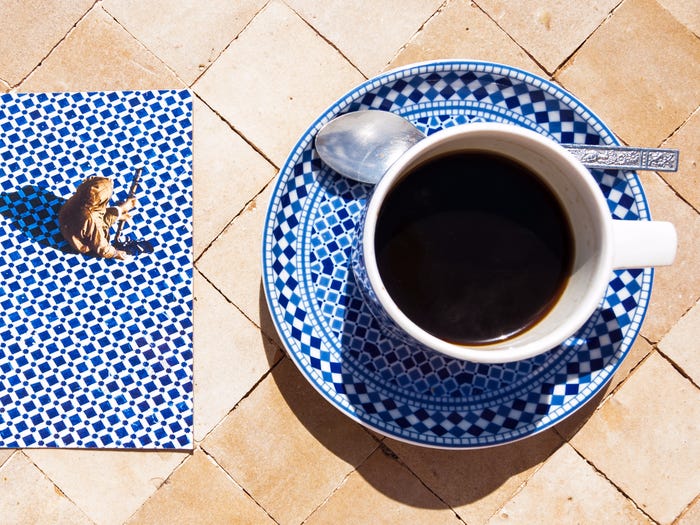 The North-African country serves up a diverse and strong cup. You'll find a fragrant blend of warm spices like cardamom, black pepper, cinnamon, clove and nutmeg. It sounds like an expensive bar of soap - but it is a delicious experience! 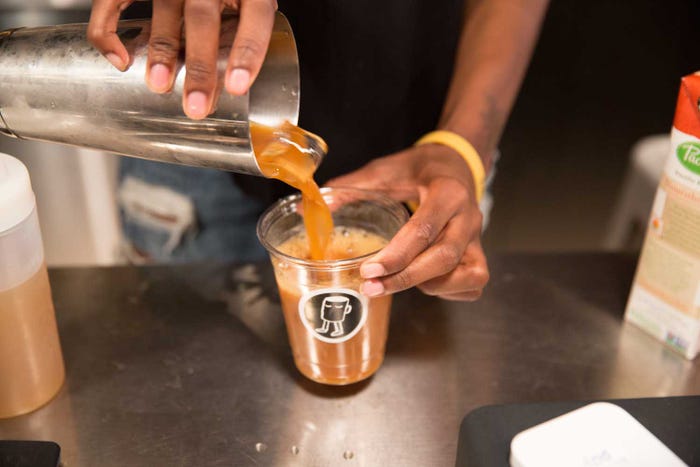 A refreshing summer drink with espresso and lemon juice or lemon soda which is something you can try at home on a warm Sunday afternoon! 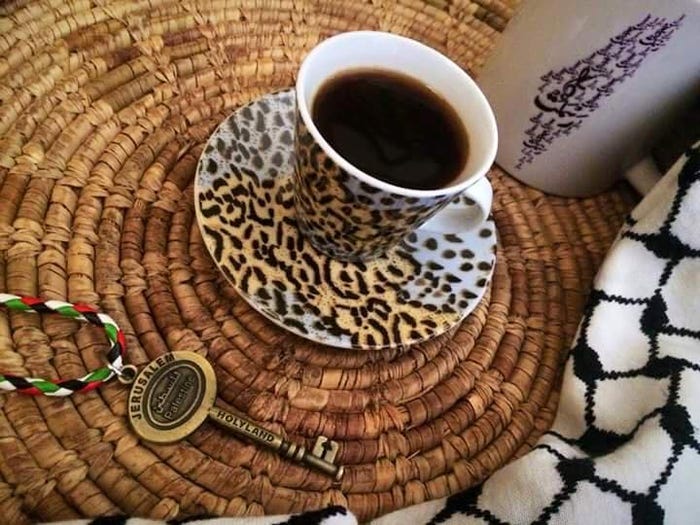 Saudi Coffees are similar to those served in other countries in the region - adding spices of cinnamon, cloves, saffron and ginger. Qahwa is often served with dried dates to offset the bitter aromatics. Touba is flavoured with Guinea pepper and sometimes cloves are added. The spices are added to the green beans and roasted together - giving the coffee a real kick! 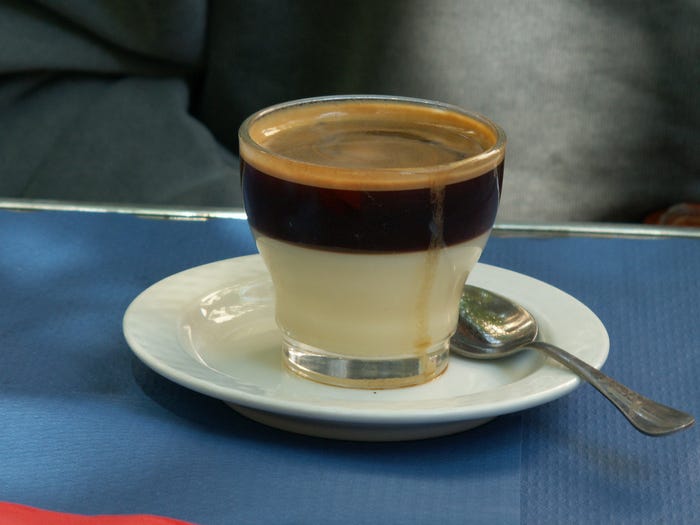 Intensely thick and sugary, the bombon is the choice of those with a sweeter tooth. It's served with equal part coffee and condensed milk... yowser! 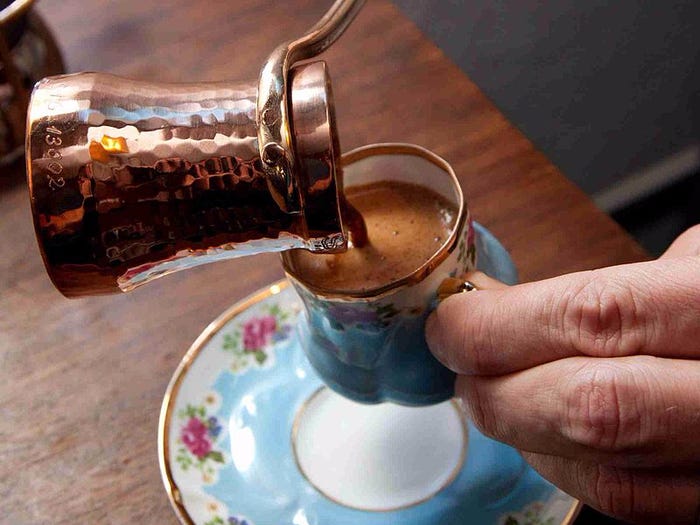 "Turkish coffee" is famous for it's thick, sludge-like consistency. Finely ground coffee beans are simmered in a special copper or brass pot called a cezve. It's unique because it is served unfiltered - so you drink it with the grounds! 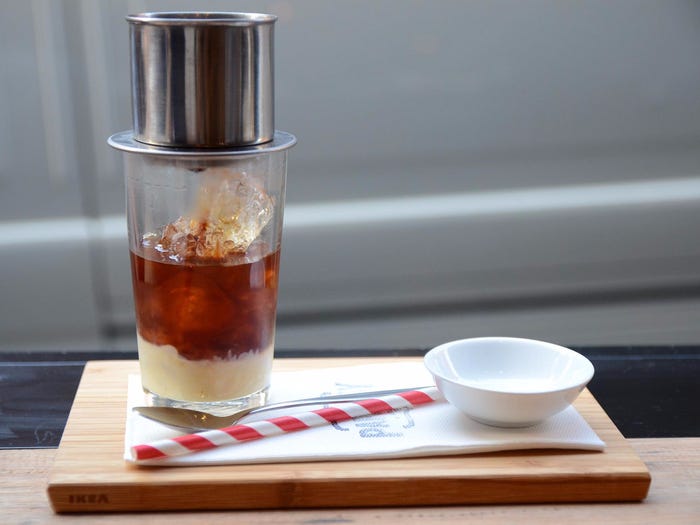 This coffee is both sweet and strong. The Vietnamese iced coffee is brewed with a coarsely ground dark roast, straight into a cup of condensed milk/ice. It's a Spanish iced coffee!